When the barn gives you a gift...

The husband's story goes something like this: It was in a barn. He thinks. Maybe a garage. He's not sure. It has a tag that says HAWKEYE, Burlington Iowa on the cabinet door

Its a sweet upper half a cabinet. And as much as I love painted furniture... and as much as I SWEAR I'll do everything I can to keep that original paint ... this time I just couldn't
The green had crackled nicely, revealing a nice white. But that was only on one side. There was also the metallic silver used on a couple of drawers, the black sprayed on half a cabinet face, some blue that had dripped down the side and the outline of a can of red enamel that had been left sitting and puddling on top.
It's nearly stripped now ... I used a heat gun ... but I haven't decided what to do next. To paint or not to paint. Stain? Bleach? Paint ... definitely paint. 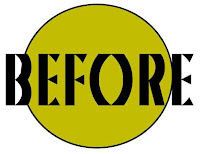 Posted by Unknown at 2:32 PM No comments:

Grow Up and Get Over It 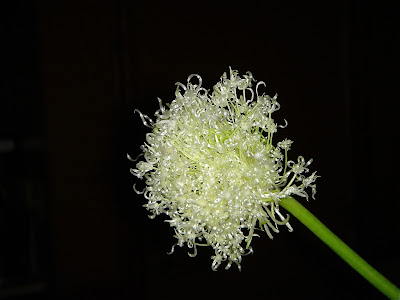 The website Better After 50 -  www.ba50.com - has been kind to me. The published my essay "Grow Up And Get Over It" recently:

I’m not whining here, but up to a certain point, my life kind of sucked. Not the Dickensian kind of horrible, with orphanages and gruel, but more of the pull-yourself-up-by-your-bootstraps kind of suckiness, where some instincts you didn’t know you had tell you to get off your rapidly expanding behind and move forward. Granted, those instincts really didn’t kick in until I was in my 40s, but the point is they did and things got better.
Still, one doesn’t forget where one comes from, even when one is forgetting nearly everything else. Edging past 50 there are days (weeks) of struggle to keep the past in the past. It creeps in and I wash it back with wine and regret. My iPod repeats songs I found corny in my youth, with refrains of missed opportunity and lost chances. In the morning, when my head clears, I make lists – lots of lists – and get on with it. Here’s my current 10 step method for moving forward when I’d rather not move at all, give or take a few steps:
1.                    Stop wining. Yeah, that bottle of cool crisp comfort. That lovely chard or sublime s.b.? Put it away. Fresh starts, even Fresh Start #78, need clear heads. Tell yourself its temporary if you must, but cork it.
2.                    Collect recipes for the end of the world. Things like “101 Meals from Foraged Food” or “Bonfire Bakery.” You may never need them, but you’ll have the comfort of knowing that you can continue to thrive, even in conditions far worse that those you’re currently experiencing.
3.                    Get off Facebook. All those crazy family members you’ve avoided over the years? Facebook is where the hunt you down and corner you. Run away.
4.                    Stop feeling bad about feeling bad. Life’s like a hangover. You feel horrible one morning. You promise yourself you’ll never drink again EVER. You feel better. Until you remember that EVER is a very long time.
5.                    Keep moving. It doesn’t have to be fast and it doesn’t have to be far. It just has to be off the couch.
6.                    Use some of that useful information you’ve gathered on Pinterest. Make the baby food jar terrarium. Repurpose your old t-shirts into a wall hanging. Bake cupcakes in a coffee mug. Clear your life of the things you’re going to do Some Day by getting them out of the way. You’ll find that some things aren’t worth the effort of holding on to, like crockpot recipes for 40. Or faded flowers from your first wedding. Or anything that reminds you that life can’t be grand.

Posted by Unknown at 1:32 PM No comments:

How I ended up in the basement

This all started when the bookstore at the mall was having a going out of business sale. Everything at the mall that year was having a going out of business sale. I’d just come from the furniture store where the Biggest. Sale. Ever. was underway and the bookstore was the last stop before heading  out for groceries.
I hadn’t found anything I wanted at the furniture store – a sort of perpetual state when you’re not sure what you’re looking for at any specific moment, but at the bookstore I found two dog-eared books on building Craftsmen style furniture which may have been on the shelves since the store opened in 1976.
I have a love-hate relationship with Craftsman style. It can be needlessly bulky and uncomfortable, witness the Morse Chair, which is basically a piece of lawn furniture made out of barn beams. But it can also be as graceful as a piece of oriental art with its Greene Brothers cantilevered tables and organic Wright chairs. (And I hate FLW as a person. Not that we’ve ever met, but I’ve read a few biographies and really, the man treated women like I treat a bottle of wine. But that doesn’t mean he wasn’t a brilliant designer.)
Anyway, I bought them. The make-your-own furniture books. I had a few power tools in the basement and a father-in-law who works with wood. Last winter, I’d drive up to their place to learn the craft, making a small table. The table turned out great, but my contributions were limited. My FiL really didn’t want me to touch the saws, and how much can you do without access to a saw? Men, as a rule, do not like women touching those particular tools.


These pieces, the ones in the cut-rate books, were going to be my solo projects. How hard could it be? There were pictures and diagrams, something I’m not particularly good with. I’m a word girl, always have been. But I wanted to make something solid, something that would last a century. Something that my kids would fight over. Something that my kids would actually talk to me about in a conversation that didn’t end with them finding something far better to do, like watch a rerun of Gilmore Girls.
Posted by Unknown at 1:25 PM No comments: