I'm delighted to be on this list of 2014's best for the website Better After 50. (Writing as C.Anne Roberts) 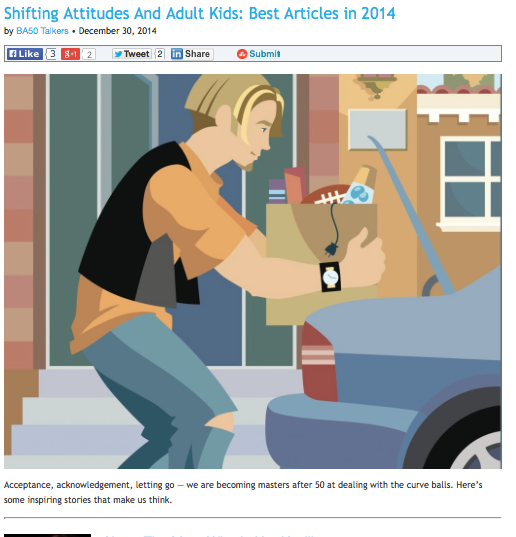 Posted by Unknown at 3:12 PM No comments:

Email ThisBlogThis!Share to TwitterShare to FacebookShare to Pinterest
Labels: BA50

The last of Christmas

I haven’t been blogging because I haven’t eaten anything besides sugar for days. And yes, that makes me as delightful to be around as you’d suspect. I was going to fix that by eating better today. There are some vegetables in the greens bin, a best intention, but they’re destined for a soup at this point. I think I bought them a couple weeks ago and have systematically ignored them since. The important part of this story is that I have again become aware of vegetables. My vision has strayed from cookies. It’s time to move on.
Sugar overload is my Post-Christmas Tradition No. 1. The second tradition is The Clearing of the Refrigerator. When the cheese balls and specialty olives are gone, I start  reheating and re-serving. It does not go unnoticed.
“I’ve had ham four times in the last two days,” said the husband.
So I get creative. Ham in the quiche. Ham in the soup. Ham in a puff pastry, kind of an upscale version pigs in a blanket with some cheese and dijon. So much ham. Today it was Ham and Quinoa Croquettes because here’s what I had: A couple slices of said ham. Half a cooked chicken breast. Quinoa. A couple eggs. Some Purple Haze soft goat cheese.
I wish I’d had an onion, but I didn’t. If I make this again, it will definitely include an onion. The amounts used are because that’s all I had. Play with it.

1 cup chopped leftover ham
1/2 cup chopped leftover chicken
4 oz soft goat cheese
2 cups cooked quinoa
2 eggs
(Cooked onions would be perfect)
A handful of flour
Mix these all together in a bowl and form into patties. Coat each side with bread crumbs. Pan fry in butter (because I’m out of everything else, I really need to get to the store.)


Serve with left-over white sauce. And vegetables.
Posted by Unknown at 1:16 PM No comments:

I’ll give this to Brussel sprouts. They are adorable. They grow on miniature trees., these tiny little cabbages, like the dollhouse version of a vegetable. Too cute to eat. I’ll give them credit for that. After I get past appearance, that’s when I have a problem.
Brussel sprouts have a bad reputation, one I have contributed to as a cook and as an eater. My encounters the the cruciferous sprout is familiar to so many vegaphobs. It was hate at first site. On introduction, they were badly prepared. Boiled, usually. Sitting in a puddle of margarine if we were lucky. And whole. Big round blobs of mushy green on the outside and semi-frozen green on the inside. I’m retching just thinking of them.
They were inedible, but a generation of parents forced us to eat them. No wonder they were as hated as broccoli.
There has been a Brussel sprout renaissance in recent years and it is all thanks to one thing: Bacon. Bacon is the cure-all for vegetables. Combine bacon with my favorite preparation method of preparation, which is dicing them up so they are no longer identifiable, and you have something I eat. This is not a healthy recipe. Dieticians will protest and I beg them to look away. But it is an excellent way to reintroduce sprouts to a palate that hides in the other room when their name is mentioned.

Fry up as much bacon as you think you’re going to need. Recipes that say 1 or 2 slices are just wrong. You need enough back to make a previously loathed vegetable edible. Take the bacon out once it’s cooked. Save enough grease to fry up those shredded sprouts. Cook over a medium flame in a big cast iron pan until they start to brown. Be aware that they may pop out at you like pieces of popcorn. Nothing about Brussel sprouts is easy.
Once they’re browning nicely, toss in some pecan pieces and brown those up a bit.
Personally, I toss a little brown sugar on them, because inevitably I don’t have the patience to wait for the full-on carmelization which gives the sprouts their sweetness. A splash of balsamic vinegar gives a nice depth of flavor and hides reminders of Brussel sprouts past.